To celebrate the Easter bank holiday, we’re going to take a look at some of the best Easter eggs hidden away in some of our favourite video games. As an added bonus, we’ve also designed our very own Stakester Easter egg hunt!

Hidden in this blog is an easter-related word. If you are one of the first 20 people to decipher the word and message our Twitter page with:

Hunker down in Nuketown

Arguably the most famous easter egg in the Call of Duty franchise! The Nuketown Easter egg first appeared in the original Black Ops game, but has since made a comeback as Nuketown ‘84 in Black Ops Cold War.

In its latest edition, this easter egg had us scrambling around shooting off the heads of the mannequins that litter the map, all within 60 seconds.  If you are successful, your screen will glitch out and then apply a retro 80’s filter to your gameplay along with a funky soundtrack.

Bonus tip: this easter egg is much easier to complete offline! 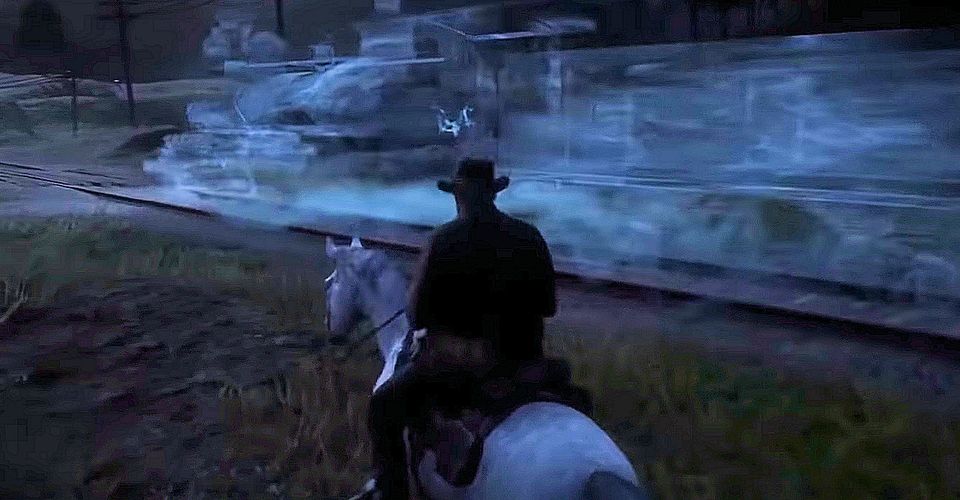 We’re heading to the Wild West for our second easter egg. In Red Dead Redemption 2 there are a number of hidden secrets and easter eggs, including a UFO and Bigfoot. But, one of the weirdest is the ghost train that passes through a particular part of the map at a specific time.

First, players must head to the northwest part of Lemoyne, close to Scarlett Meadows. Upon arrival, you must have Arthur wait until around 3:00am for the ghost train to appear. Expect your horse to be spooked by the train’s appearance; it might be better to witness this spectacle on foot.

In Overwatch’s Paris map, the developers paid tribute to France’s 2018 world cup celebration. Look for the football in the street and you’ll find that 2 stars are hidden behind it. For anyone who doesn’t know, a country’s national team earns a star each time they win the world cup. In France’s case, they won it in 1998 and 2018.

This is a great example of how virtual worlds and the real world can interact through hidden easter eggs. We hope when the Overwatch game comes to London we’ll have won an extra star to hide!

One of the weirder Easter eggs on this list! This one appears in Assassin’s Creed 3. To witness this easter egg, you must have passed sequence 6 of the story and then travel to your Davenport Homestead.

Once there, take cover by the back wall near the porch and whistle. A turkey should appear, when you see it, punch in the konami code on your controller: up, up, down, down, left, right, left, right, B, A (on Xbox) or O, X (playstation). Once you have done that, the Turkey should change into an assassin.

Unlike other easter eggs, this one has no hidden meaning. It was probably put in by a developer who was a little bored at work one day. We’ve all been there mate.

Hint: look closely at the subheadings!

The first 20 respondents will win a free game worth $5, which can be redeemed on the Stakester app. All entrants must be over 18 years old and registered on the Stakester app. Only the first 20 respondents who reply to the Twitter page between 5:00pm Friday 2nd April 2021 and 5:00pm Monday 5th April 2021 will be eligible for the prize. Prizes will be handed out on Wednesday 7th April. This competition is run by Stakester and all decisions are final.

Back yourself and download the Stakester app. Challenge anyone and play your favourite games to win amazing cash and prizes.